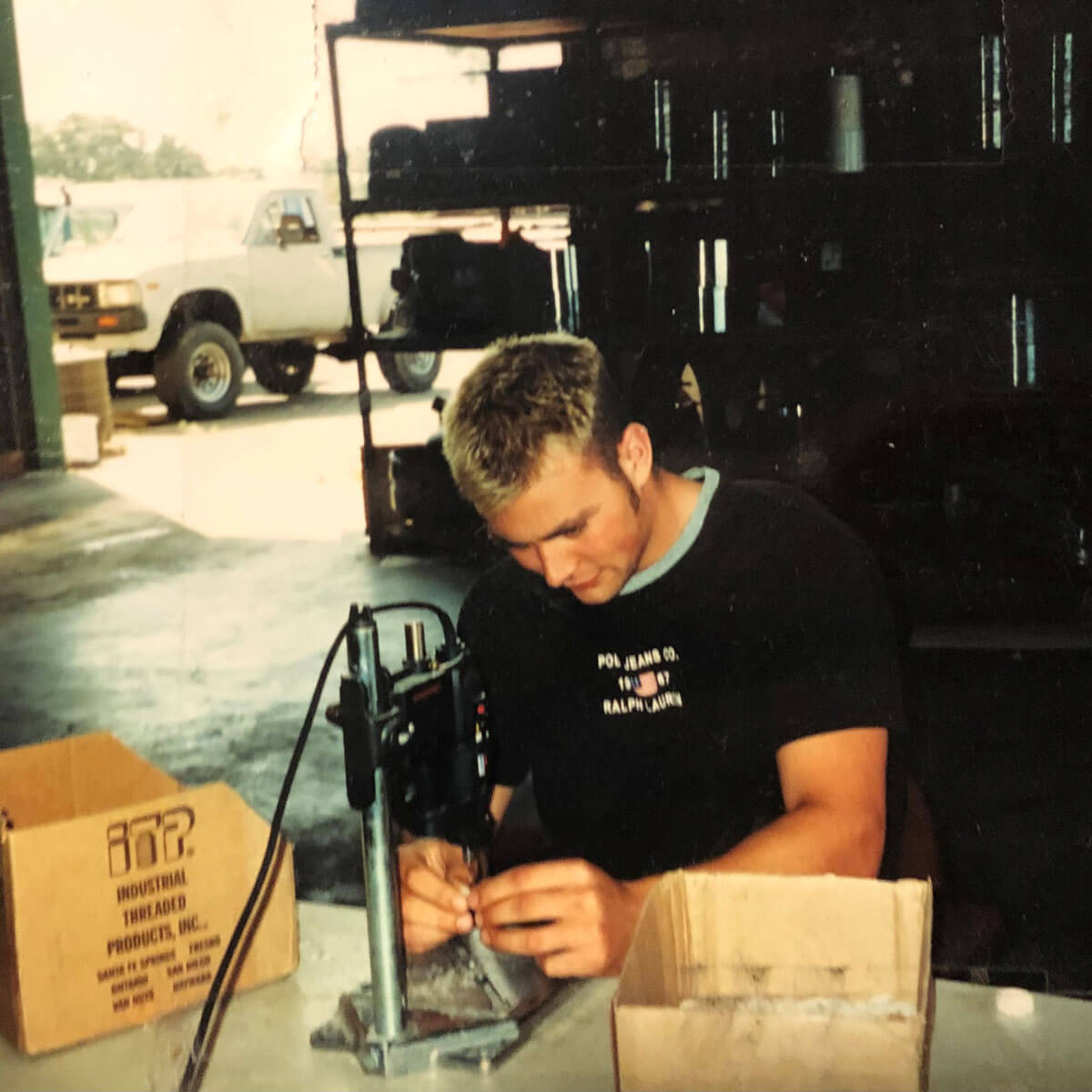 Like every solid oak tree with its branches reaching for the sky, EZ-FLO started off as a seedling. A simple thought that popped up in my head one day while I was fertilizing my yard.

I love my roses, vegetable garden, and shrubbery as much as the next guy. I was always happy to commit to making them flourish and look great. But, watering and fertilizing them took up a big chunk of my day.

On nice spring days, when the weather was fresh and mild, I didn’t mind being out tending to my garden. It frames my house, I thought. I’m doing my bit for the neighbourhood aesthetic.

But on game days, lazy weekends, or during the sweltering summer heat under the unforgiving sun - the thought of watering and fertilizing my greenery only made me want to groan and accidentally forget I had to do it.

I needed something that could take care of my lawn by itself. Something that gave each plant the right amount of food and water at the right time. And something dead easy that didn’t need any maintenance or complicated chores to keep it working.

And so, the idea for a simple, automatic, proportional injection system was born.

Once the idea took hold, I couldn’t stop it from manifesting as all kinds of experiments. This finally turned into my son, Jeff’s 6th grade science fair project. From that prototype, I spent 2 years of long nights and weekends in the garage developing, trialing, and perfecting the system.

The day I published my first patent and formed its first home - the corporation EZ-GRO - was an exciting one. It was now time to bring this technology to the market. It would be a time-saver and smile-maker. For guys like Jim, who I would bump into at the garden store. Fellow vegetable enthusiast Murray who I’d trade eggplant with for bok choy in the fall. Or my next door neighbour Jono who spent many a grumbly afternoon cultivating his lawn.

And we were off! With one salesman and two trusty 12-year-olds, Jeff and his best friend Michael working weekends in the garage. EZ-GRO was now a reality and taking its first steps into the irrigation and green industry.

Four years later, EZ-GRO had attracted some interesting attention and alliances from the industry. This allowed me to grow the company and market my systems commercially, nationwide. Now, EZ-GRO was a new player in the professional landscape maintenance market. As it grew in popularity, there were more resources to reinvest in the company. I had the opportunity to continue improving and refining my initial design. Several patents later, we were branching out with new equipment towards vast new horizons.

Those little home gardens were still benefiting from the system, but making it more versatile meant being able to bring this easy-to-use, innovative, and cost-effective technology to everywhere from farms, to parks, to whole football fields.

Another four years passed by in the blink of an eye. We were playing in the big leagues, supplying the professional, retail, and international markets. Investment started pouring in and EZ-FLO Injection Systems Inc., as you know it today, was born.

In the following years, we’ve gone from strength to strength to establish ourselves, roots and all, as a leader in injection equipment. In 2013, we filed our 10th patent which saw us releasing a new line of injectors for the largest landscape, golf, and agricultural applications.

Looking back to that one afternoon fertilizing my lawn, I can’t help but be proud to see how far we’ve come. I see our systems stocked everywhere, one of my 12-year old assistants is now my vice president, and it’s an incredible feeling to see EZ-FLO technology adopted by everyone. From Homeowner Association developments, the residential and commercial landscape industry, schools, estates, whole cities, and of course those who first believed in it - the little guys who just wanted a few weekends away from their lawns!

A blast from the past

Today, EZ-FLO is all about solutions. We’re committed to raising the bar for industry standards. We make it a point to pin down environmental and horticultural problems that need to be solved. We are passionate about creating novel solutions that save you time, money, and resources.

The bigger we grow, the more responsibility we feel towards the earth we stand on, our waterways that flow through it, and the environment that we influence through our innovations and products. As a result, EZ-FLO is all about preserving the world around us. We take pride in developing technology that improves the environment. We want you to have a range of non-hazardous options to choose from, no matter the industry you’re in.

Particularly for the horticultural market; we’re convinced that small, environmentally responsible actions here can lead to far-reaching consequences in the crops that are harvested and land in our plates and bodies. That’s why we take extreme care to ensure that our line of fertilizers, water treatments, supplements, and pest repellents are safe, rigorously tested, and are pure enough to deliver superior results every single time. Sub to our newsletter

All killer, no filler. We promise